I moved to Austin over a decade ago, and it was apparent that most of the population had a gym membership and, more often than not, they were sporting an awesome looking tattoo. I had a few tattoos already and was familiar with aftercare. Even though it took me a few years, the gym finally became a normal part of my life. When I booked my next tattoo appointment, I realized that I had no idea if I was able to bring my new tattoo into the gym. I didn’t know if I was going to have to take weeks off or if it was even safe to have a new tattoo in a gym setting. Luckily, it is not only possible to train with a new tattoo, you can potentially do it without missing any significant amount of time. 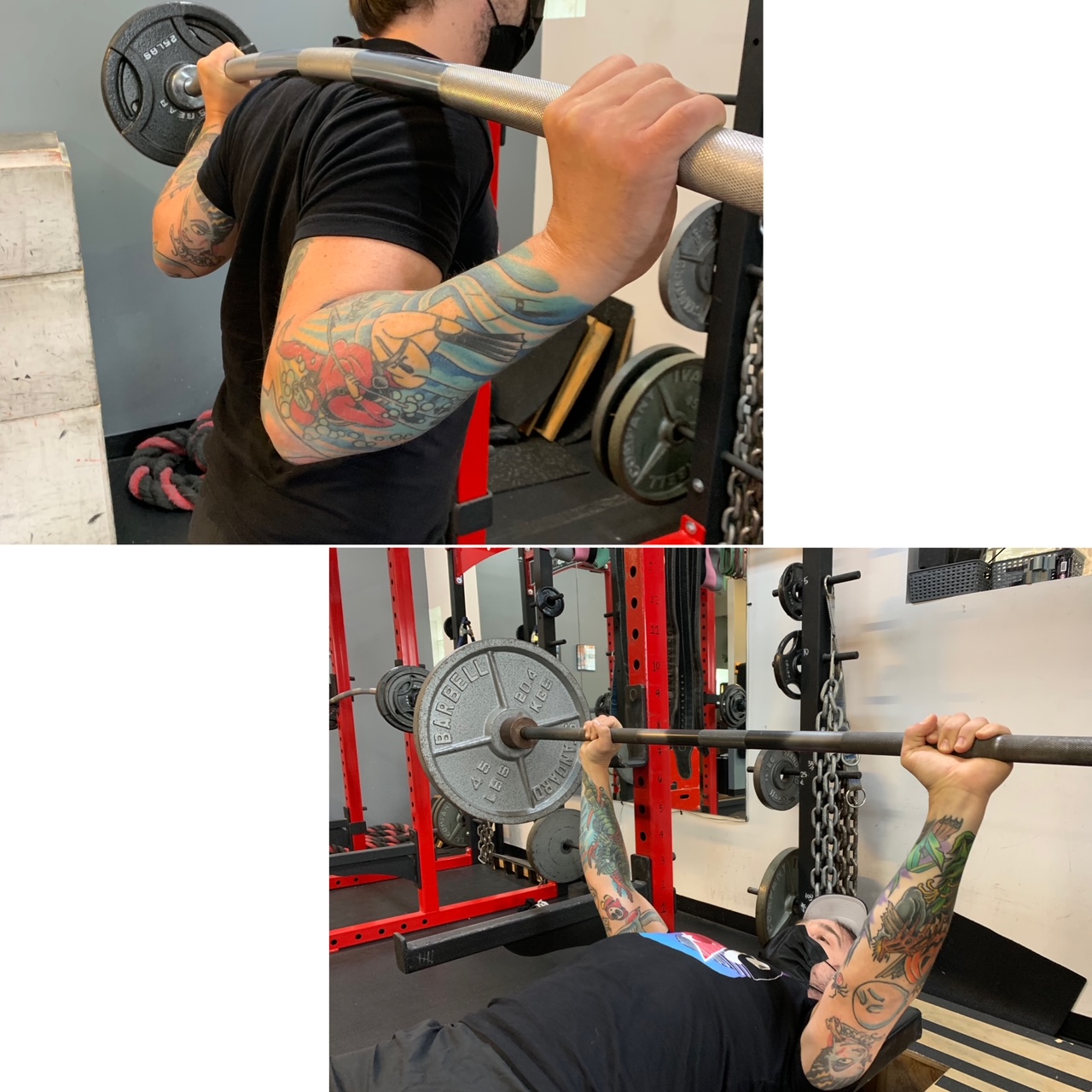 Tattoos have a long and colorful history. In various parts of the globe, archaeologists have discovered mummies with tattoos, with some dating back up to 4,000 years ago. In ancient Rome, tattoos served a few purposes. Mainly, they were used to mark criminals and slaves for easy identification. But as the empire grew, so did the military. This is where the practice of marking soldiers’ hands came into being, in order to track all those who served in the army. In southeast Asia, tattoos have played a deep, significant role in Polynesian culture. Warriors and priests would decorate their bodies in symbols for a variety of reasons. Some tattooed symbols that would bring luck throughout life, some were used to show their gratitude to their gods, while others thought they would bring extra protection when needed.

Throughout the 20th century, the art and concept of tattooing began to evolve into what we are familiar with today. In the early 1900s, tattoos were still not a social norm and were regulated to criminals, sailors and circus performers. However, around the 1940s, perceptions started to slowly change. Many soldiers returning from Europe and Asia came back adorned with new tattoos. It was during this time that the “Sailor Jerry” style of tattoo gained notoriety, which is still a popular style today due to their bold lines and colors.

At last we get to the 1970s, where tattoos crossed the line from niche to mainstream. As each decade passed, their acceptance grew with each generation adopting their own trends. For example, the tribal, Chinese/Japanese characters, and barbed wire bands of the 90s to a revival of Sailor Jerry style and lower back tattoos of the early 2000s.

Before we look at training with a new tattoo, let’s look at general aftercare. Essentially, a new tattoo is considered a puncture wound and should be treated as such. The first few days are very important, because this is when it is most vulnerable to infection and color loss. The first three days you should wash the area about three times a day with unscented, antibacterial soap to prevent infection. Severity of infections can range from the new tattoo losing ink to swelling, blisters and puss and in the infected area, or even flu-like symptoms of chills and fever. If you experience any of the symptoms, quickly seek medical attention, because antibiotics may be needed to clear it up.

After washing, immediately apply unscented moisturizer to prevent the skin from drying out and cracking, which could lead to fading of the ink or evening losing ink all together. Another way to prevent your tattoo from losing its color is when it begins to peel and scab, leave it alone and let everything fall off naturally, while keeping it moisturized. 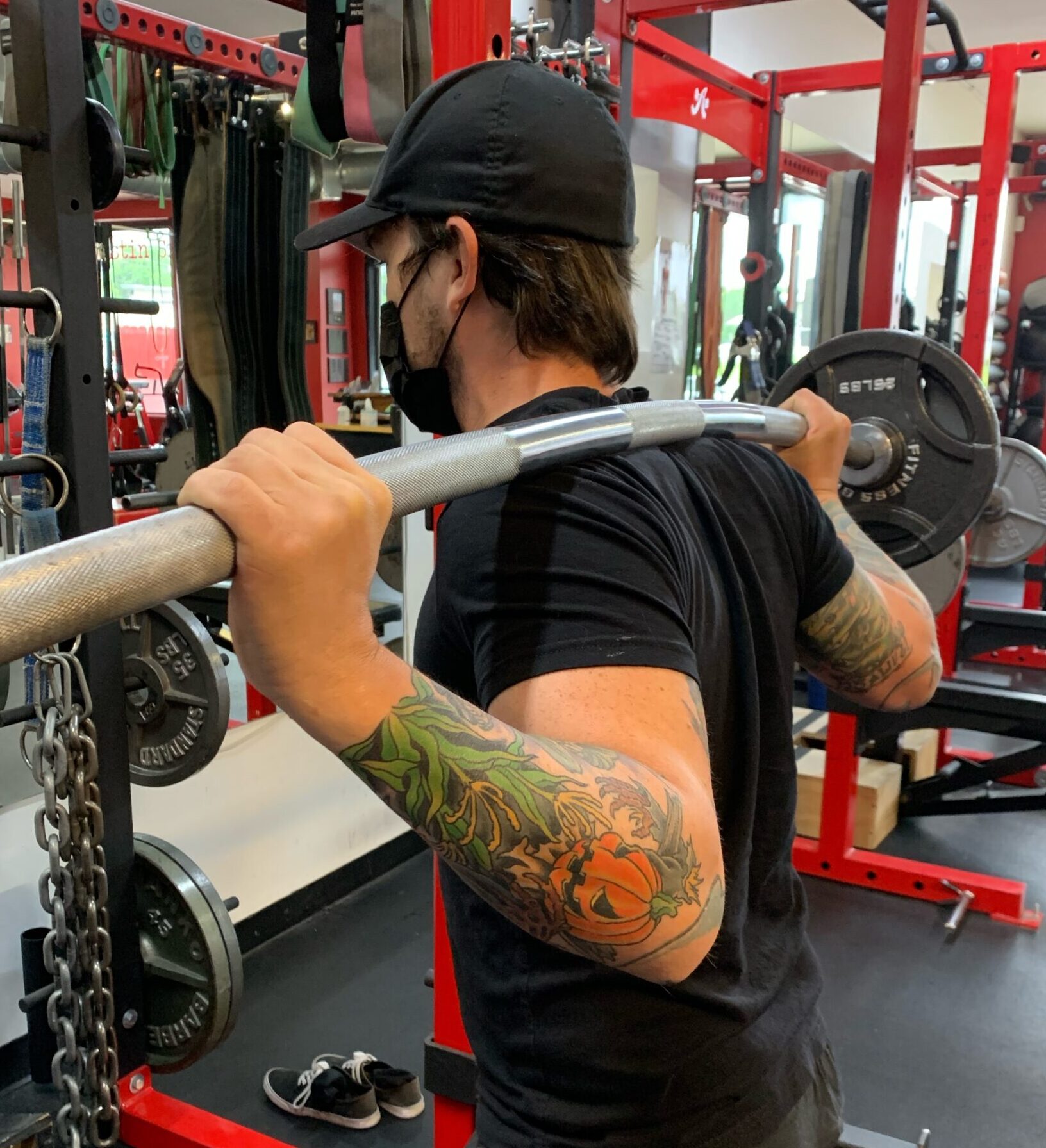 Training with a new Tattoo?

Now that we covered basic aftercare, how do we go about training with our fresh tattoo? Unfortunately, there is no blanket answer and it varies depending on the type of training you’re pursuing. However, one thing is clear: you should wait at least 24 to 48 hours from your appointment to exercise again. This is important not just for the tattoo to begin the healing process, but it also lets your body recover from the trauma of being stabbed hundreds of times in a single sitting. Use that time to focus on keeping it clean and moisturized.

If swimming is part of your training, there is more bad news. You should wait 4 to 6 weeks before jumping into any body of water. The chlorine in pools can irritate the tattoo and lead to color loss or possibly infection, and the bacteria in natural bodies of water have easier access to your bloodstream through your decorative, puncture wound. Other forms of training are not as strict and can be easily done in a safe manner.

Runners, on the other hand, can get back to their training fairly quickly. One important factor you must consider before hitting feet to pavement is the placement of your tattoo. For example, if your tattoo is on your inner thigh, you may want to wait up to a week before you run to avoid excessive rubbing, which can lead to irritation and so on. If it is on your arm though, you can get back at it in as little as 24 hours.

Another thing you must keep in mind if you’re running outside is to avoid direct sunlight on the area, because UV rays break down the color and can lead to fading and blurring. If you need to cover your tattoo, or if it is in a spot that is already covered, make sure you wear loose fitting clothing. This is another way to avoid excessive rubbing and irritation. After completing your run, wash the area immediately. Leaving sweat on a new tattoo in the first few days can lead to the color bleeding out and an increased risk of infection. 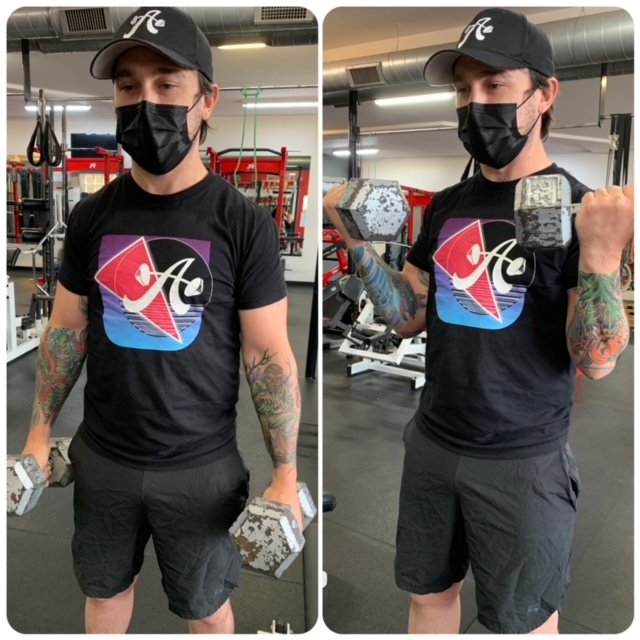 When it comes to weightlifting and other forms of in-gym training (HIIT, Crossfit, etc.), there is some overlap with running after care, but there are also a few unique situations that must be addressed. Again, tattoo location will determine your training style and intensity. If you got that sleeve you always wanted, you may want to get used to leg days for the next week or two, and vice versa.

Powerlifters in particular may need to alter their training for a week or two. Since most of this training is intense, compound lifts, it is hard to isolate an area you want to avoid. No worries though – this time can be used for accessory work and getting reacquainted with short rest breaks.

As for gym attire, just cover your tattoo with loose fitting clothing for the first week to prevent any type of direct contact with anyone or anything, like laying on a bench. Speaking of benches, be sure to wipe down any bench you are about to use and wait until the cleaning solution has dried in order to thwart any cross-contamination. Once you’re done with your training, clean the area thoroughly and that’s it.

After reading this you have probably noticed that a lot of this comes down to common sense and patience. That is why when you decide to get a tattoo, consider your current state of affairs and decide if the time is optimal. If you do most of your training outside, schedule your appointment during the winter months when you’re more likely to wear long sleeves. Say you’re part of a team or you train competitively – wait until an off season so you don’t sacrifice performance for safety or safety for performance. This decision alone can save you so much unnecessary effort and risk. Last piece of advice: think really hard on what you want before you make that appointment, because once it’s on you it is really hard to get off.

Enjoy your new ink and good luck with your training!

Our personal trainers will keep you working toward your goals, no matter what changes life brings you. Book your complimentary consultation and first workout today.