Beyond Our Limits
The idea of natural talent and development of our potential skills while battling self-imposed limits.
By Darryl Payne Jr. 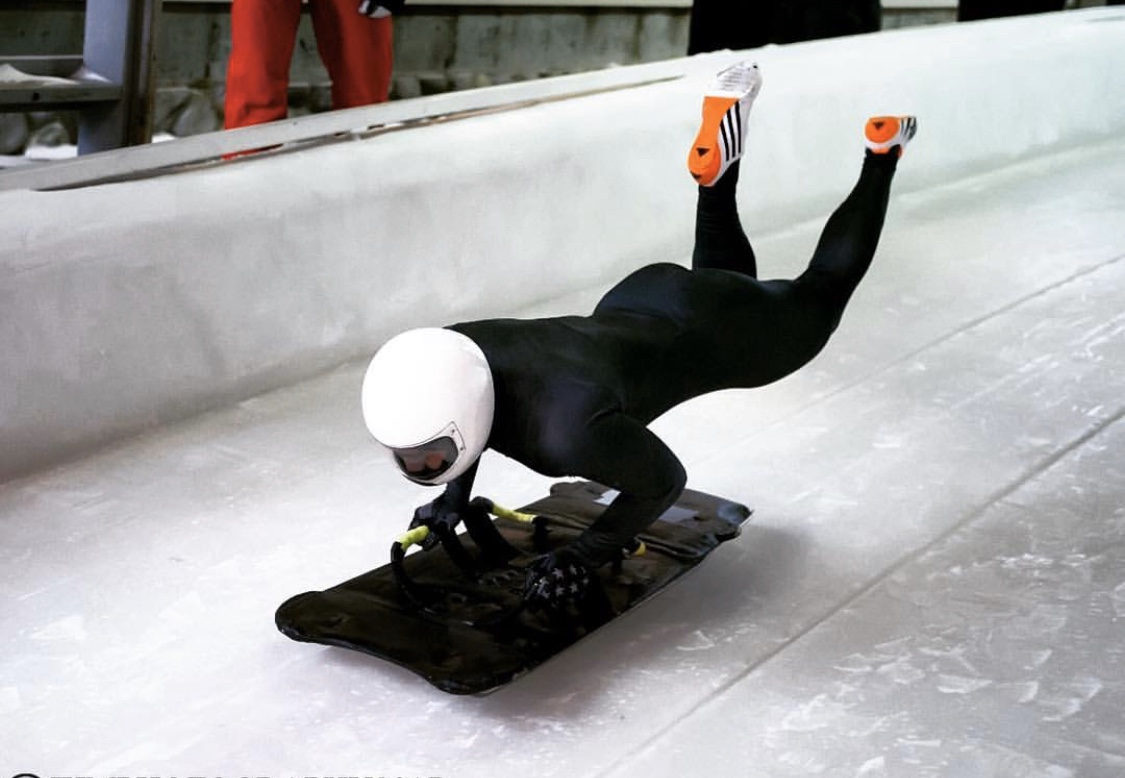 “No discipline is enjoyable while it is happening—it’s painful! But afterward there will be a peaceful harvest of right living for those who are trained in this way.”

Take this quote from the book of Hebrews. It speaks directly to the heart of each athlete out there in pursuit of a goal that is seemingly impossible. Starting out, the journey to that goal would be a fairly simple task. Reason being, there is a natural talent existing within the very fibers to make up that specific individual. My journey to compete in the Olympics starts off easy due to my innate ability to run 400 meters littered with hurdles at a fast pace. However, there comes a point when the talent that we were born with—my speed and technical coordination—reaches it’s maximum stride and development of skills must take place. Now it’s time for the mind to find an excuse to stop the physical, emotional and mental struggle with pain. The battle begins to embrace it.

Natural Talents
I often hang out with a couple friends to watch weekend football on TV or catch some basketball games and we’re always entertained with what seems like an overnight success with our favorite athletes. We see them in their elite form. Those of us that envy their current status may mistakingly point out how far their talent has gotten them in their athletic career. Let it be known, talents play a great role in the placing the athlete where there is a constant spotlight and a platform to shine, but I cannot lead myself to believe talent is the only factor at work in these situations. Simply defined, natural talent is the unique aptitude that each person possesses from birth.

Take the examples of some of the most recognized athletes in our country. Michael Jordan, NBA Legend, naturally talented in hand-eye coordination and able to handle a basketball like no other man can. Keni Harrison, United States Olympic Hurdler, gifted with the ability to multitask in the midst of elite sprinting speed. Even Dwayne “The Rock” Johnson, Professional Wrestler turned actor, blessed with genes predisposed to great strength and muscle mass. Personally, I grew up celebrated among the fastest kids in every school that I have attended, elementary through high school, but couldn’t catch a ball to save my life. Naturally, I would gravitate towards the world of Track & Field. These athletes, including myself, all possess a set of attributes dealt out at birth that shares a future they set out to pursue.

The form of natural talent is raw and limited and remains to be merely a knack until it is acted upon by some external stimuli, pressure, or struggle. Proven is the fact, we as humans do not like change, thus our minds create limits (excuses) that must be battled in order to progress. What lies beyond the “faux-limitations” is the promised land: Victory. 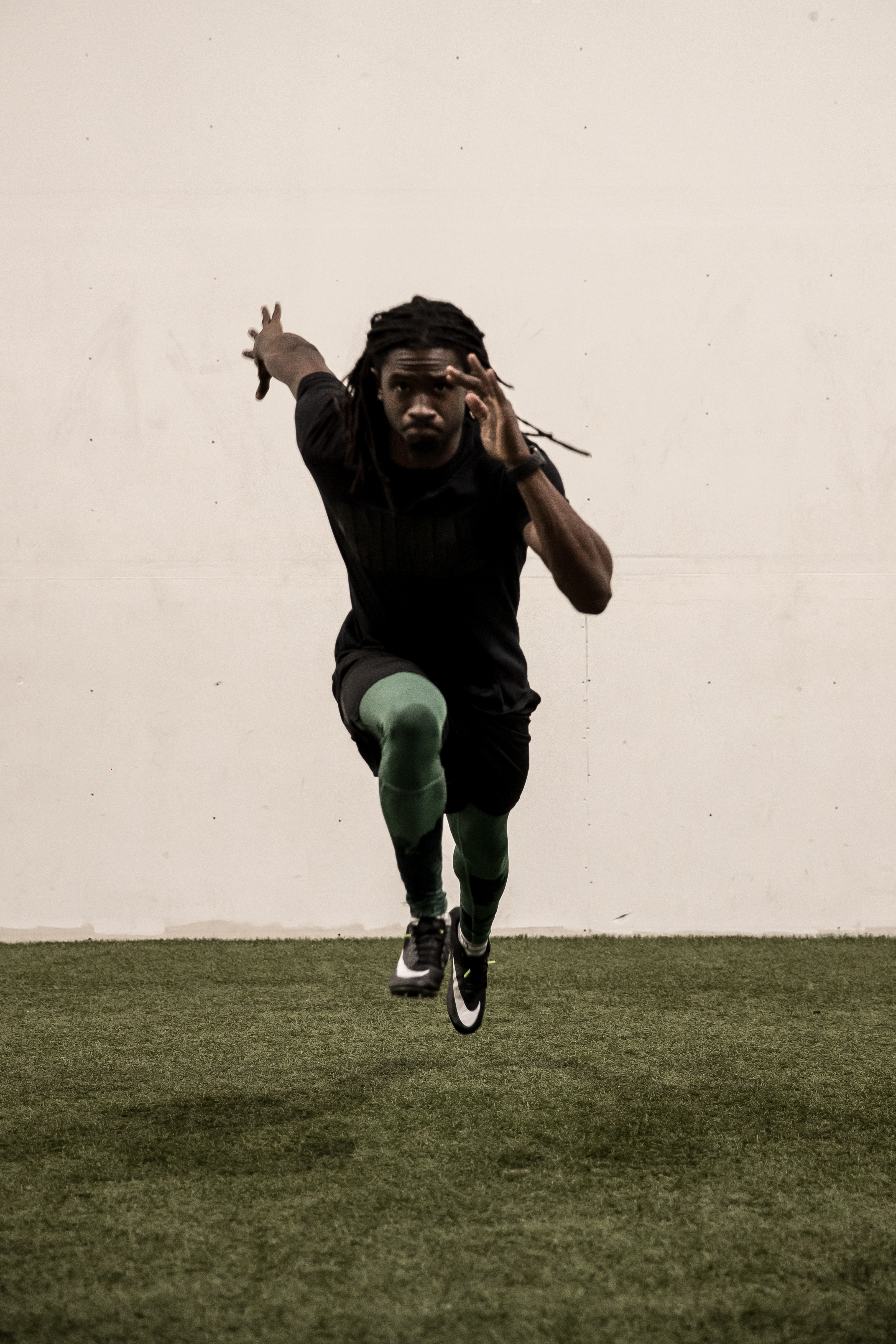 tap into it. So what’s stopping us? There’s an old adage, “If it were easy, everyone would be able to do it.” This couldn’t reflect a simpler truth. It’s difficult. For some, difficulty is a deterrent. But for a select few, it’s a burdensome challenge that doesn’t stand a chance against the goals and dreams set ahead. What about fear? Definitely a contender. Fear is on a spectrum that extends from failure all the way down to incompetence. However, against such foes as Difficulty and Fear there must be a plan for success. It is one that has been written across our hearts since birth and has been successful since the day we walked through those Kindergarten doors without our parents or a care in the world. How can I win?

Good things come to those that persevere. Perseverance in itself, is broken down into 2 parts: defend and attack. The existence of self-imposed limits is an attack on the dream set to be achieved, therefore the dream must be defended. Many of us defend in a variety of different ways ranging from faith to self-confidence or from motivational posts on instagram to daily encouragements of friends and family. Also coined as “fuel to the fire,” every defense technique that we utilize builds the energy necessary to plan and execute our attack. A method of efficient attack is initially thought to be the hours spent at the gym, or on the court or track, but an attack has to come from a deeper place in the heart. A successful attack is an action that takes us completely out of the safety of the comfort zone and plants us right in the middle of the zone of the unknown. This is where blood, sweat and tears take on a literal sense and the struggle is real.

When a sprinter such as myself is on the track at the crack of dawn in the middle of a grueling workout, my body pushes back, screams and begs me to stop. I cannot count the number of times in that moment I made up my mind that quitting would be the best option. The number of times I was completely convinced that something had went awry in my knee or foot and an injury had appeared. The number of times I desperately wanted to pull the “I can’t breathe” card. My response is always the same—to follow through with the afore mentioned two part plan of continued advancement even when there is little to no guarantee of success.

No one ever said it would be easy, but it has been overwhelmingly confirmed among professional athletes and fitness communities everywhere that it is always worth it. Perseverance is the hidden ingredient to a recipe for success, the secret weapon used in breaking down the barriers we set against ourselves. It is the critical component in the success stories of athletes like MJ, Keni Harrison & The Rock.

The Olympic Games represent so much more than a dream. It delivers a powerful message on the bounds of human limitations. Therein lies the connection to my heart and my soul. Sprinting and fitness increases my faith and positively directs my behavior on a level that transcends my own understanding. It is the fuel and the very purpose behind my lifestyle:

Try Anything. Do Not Be Outworked. Never Stop