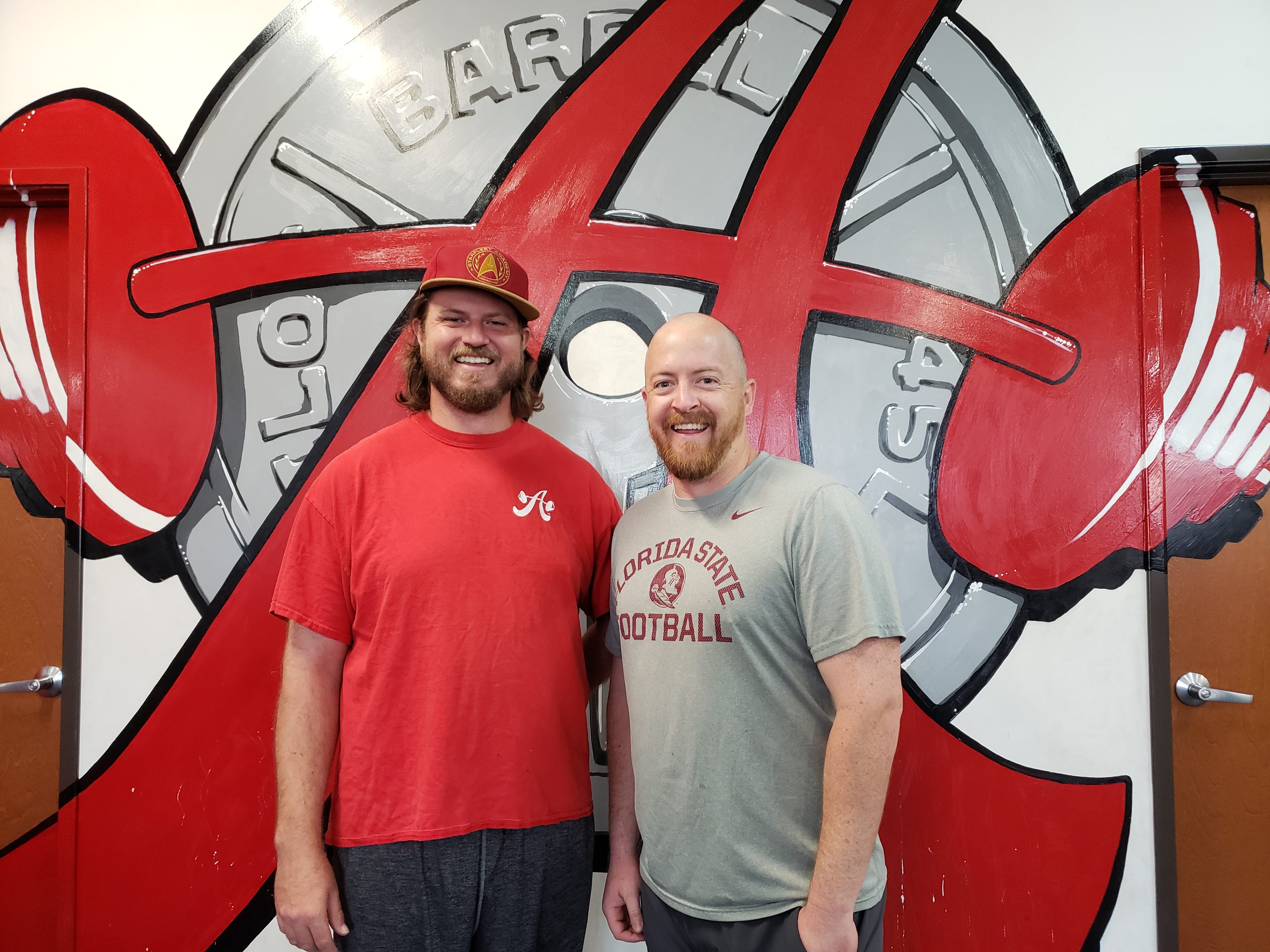 Bradley is a 30 year old paramedic here in Austin and has been training with Coach Eric at Austin Simply Fit – South Lamar for about a year-and-a-half. Since joining, he has shown great interest and enthusiasm for Powerlifting, which has resulted in many personal records including at his most recent competition.  “Brad had never done a powerlifting competition before December 2017,” said Coach Eric. “Since he has competed in two other meets, and most recently earned his first 400-pound squat and 400-pound deadlift, in only his third meet.  This was not just his first time executing these weights in competition, but first time with those weights, period.  He continues to achieve his goals by being both consistent in the gym, and consistent with his recovery and nutrition.  All of these factors working together got him his first 1000 pound total and has him already striving towards new goals.”

Brad shared some of his ASF experience with us to share with you!

Why did you decide to join ASF?
I actually decided on ASF because of my wife, Courtney, who started with Eric probably 4 months before I did. I remember her coming home and telling me about how she was doing compound lifts, which I had experience with, but with chains and bands. I had never trained with accommodated resistance before and seeing the extent to which my wife was enjoying her time at ASF, I was intrigued with the program Eric was putting Courtney through and signed up.

What were your goals when you started?
I really didn’t start my journey with ASF with any specific goals outside of having fun and getting back into the weight room. However, as I progressed I quickly began to form goals around the numerous powerlifting meets put on annually by ASF. Initially, my goal was to not fall down on the platform in front of everyone watching, thankfully I finished my first meet on my feet. My goal for my most recent meet was a squat and deadlift over 400lbs, which, with the help of Eric and ASF, I was able to achieve.

Any surprises since starting at ASF?
I’d say my biggest surprise since starting at ASF was the degree to which I have surpassed previous PRs. Between other training programs and my time in the Army, my PRs for compound lifts had plateaued and seemed to stop progressing. All this was prior to the two years I completely took off from training after I got out of the Army. Within 6 months at ASF, my squat, bench, and deadlift PRs had equaled and surpassed what they had been before. All of this, like I mentioned before, came to a head after just a year of training with ASF, when I squatted and deadlifted over 400lbs, which I never thought I’d be able to do.

Why do you like working out with Eric?
I cannot begin to tell you all the reasons I enjoy my time every week with Eric. Eric has the ability to instill confidence in me, even when I am not totally sure I can move the weight he just loaded onto the bar. This is all on top of Eric’s ability to accurately challenge me within my abilities every training session. In the 18 months or so I have “missed” maybe 3-4 lifts, Eric’s ability to dial in weight selection really helps maximize our sessions together without putting me in situations where I “bit off more than I can chew.” Lastly, Eric is a wealth of knowledge on strength sports. Eric is able to go deep into the reasons behind utilizing certain techniques or movements while still being able to make the information easy to digest.